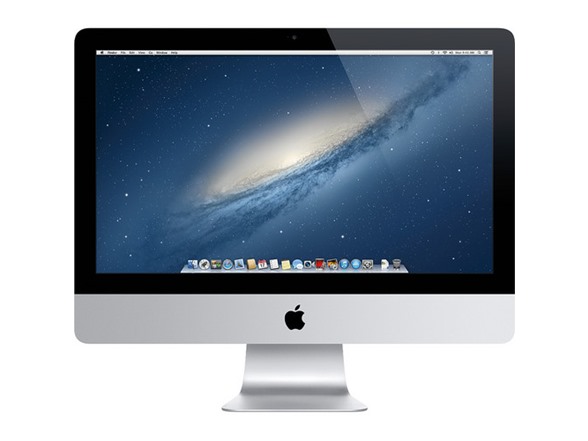 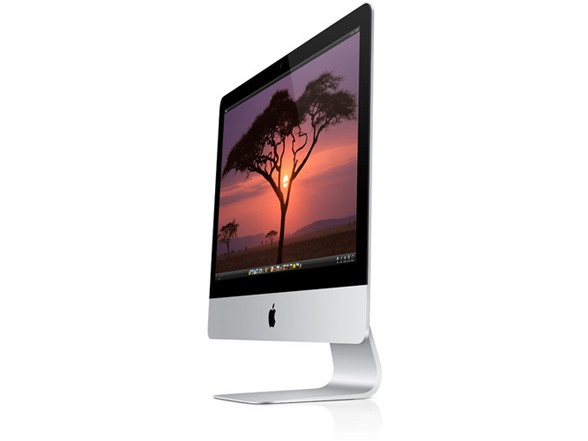 Impossibly Thin
Just a mere 5mm at its edge, the iMac has up to 40 percent less volume than the previous generation. Using an advanced welding method called friction-stir welding, Apple was able to join the front and the back of the iMac together directly

Re-Engineered Screen
The display on the iMac is no longer behind the cover glass, but it's actually right up against it. The LCD itself is 5mm thinner than before and using an advanced process called full lamination, Apple was able to eliminate a 2mm gap between the LCD and the glass. Full lamination has a second major benefit, that it eliminates reflection of light off the LCD panel and off the back of the display's cover glass. Apple also reduced reflection off the front of the glass without compromising color quality. Instead of applying an antireflective coating to the glass in the conventional way, Apple adapted a process commonly used on camera lenses called plasma deposition, which results in 75 percent reduction in reflectivity and vibrant, accurate colors.

True-to-Life Colors
None of these innovations would matter much if the iMac display didn't deliver vivid, true-to-life color. Which is why Apple puts every single display through an exacting color-calibration process using three state-of-the-art spectroradiometers: one to measure gamma, one to measure white point, and one to check the work of the other two. This equipment is tuned to meet color standards recognized around the world for precision and accuracy

A Display of Excellence
The 21.5" screen of the iMac features an innovative display design which reduces reflection by 75 percent. In addition, the LCD now sits right up against the glass allowing the picture so content looks crisp and clear. The display also uses in-plane switching (IPS) technology resulting in a bright picture with vivid, true-to-life color from a wide 178° viewing angle. The LED backlighting also offers instant-on, uniform brightness

Eco-Friendly
The iMac is energy efficient, using up to 50 percent less energy in the idle state with the display on. And, its hardware components work hand in hand with the operating system to conserve even more power. The environmentally friendly iMac design is free of many harmful toxins, including mercury, arsenic, BFRs, and PVC. It's also made from materials such as aluminum and glass, which are more likely to be recycled and reused

Storage
The iMac comes with a 1TB hard drive so you have plenty of room to save your photo albums, iTunes music libraries, Full HD 1080p movies and more

USB 3.0
With USB 3.0, you can connect your external hard drive transfer large files in seconds instead of minutes. Every iMac comes with four USB 3.0 ports - with speeds up to 10 times faster than USB 2.0 - and you can connect all your USB-compatible devices, including your iPhone, iPad, iPod or digital camera

Audio and Visual
Apple managed to include built-in speakers that deliver high-fidelity sound despite its thin bezel. So when you're listening to that new album, watching the latest flick, or playing your favorite action game, you'll get immersive sound and a surprisingly wide soundstage. The iMac has two built-in microphones that work together to focus on your voice and filter out the sounds around you. That means more accuracy when you're using Dictation and better clarity during FaceTime video calls. The built-in 720p FaceTime HD camera lets you make video calls that are so clear, it seems like everyone's in the same room. Make FaceTime calls from your iMac to any FaceTime-enabled Mac, iPhone, iPad, or iPod touch

Optional Asurion Protection Plan: To further protect your purchase, you can buy an Asurion protection plan from Amazon here. Review the FAQs for additional information.