Hey, you can only buy 3 of these.
Leave some for the rest of us!
Update the quantity in your cart.
Refurbished
Limit 3 per customer

Stare at these until you get peripheral vision. 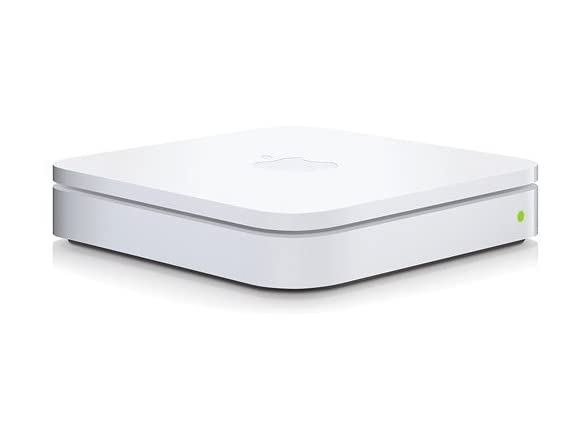 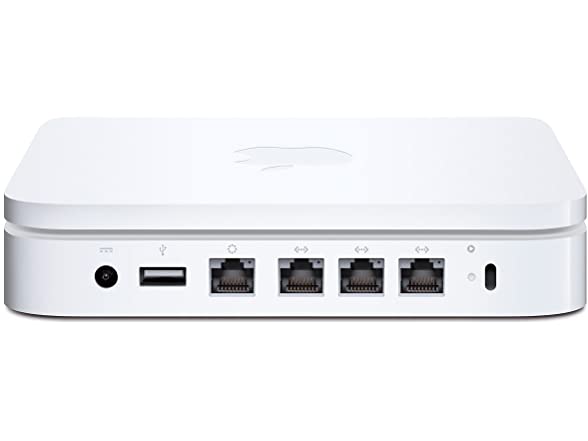 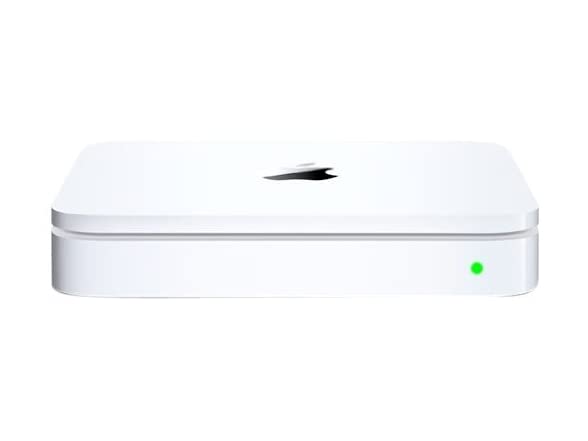 The AirPort Extreme Base Station from Apple is a compact Internet router with powerful wireless capabilities. The router allows you to share your Internet connection between several computers via the draft 802.11n wireless protocol. It also features three standard 10/100/1000Mbps RJ-45 Gigabit Ethernet ports. The router is also fully backwards compatible with legacy 802.11a/b/g devices. A USB port is present for printer and hard disk sharing.

The router also features a firewall to protect you from malicious software that can attack your computer from the Internet, as well as wireless security to insure that your data remains private. It includes configuration software for both Mac OS X and Windows, making it a true cross-platform solution.

Some Wi-Fi devices use the 2.4GHz wireless band, including iPhone, iPod touch, and devices using 802.11b/g. Other devices can use either 2.4GHz or the higher-speed 5GHz band, such as the latest 802.11n-based Mac computers and Apple TV. Instead of choosing one of the bands, AirPort Extreme operates simultaneously on both bands, and your multiband devices automatically use the best available band. This means all your Wi-Fi devices get the fastest possible wireless performance and the best possible range. In addition, AirPort Extreme reduces the possibility of interference from appliances and cordless phones that use the 2.4GHz band

Based on the IEEE 802.11n specification, AirPort Extreme uses a technology called multiple-input multiple-output (MIMO) to transmit multiple data streams simultaneously. The result? AirPort Extreme delivers data transfer speeds up to five times those of 802.11g wireless networks -- while achieving up to twice the range. And improvements in antenna design give you up to 50 percent better Wi-Fi performance and up to 25 percent better range than with the previous-generation AirPort Extreme Base Station