Hey, you can only buy 10 of these.
Leave some for the rest of us!
Update the quantity in your cart.
Refurbished
Limit 10 per customer

Desktops are like laptops, but you can't bring them to a coffee shop. 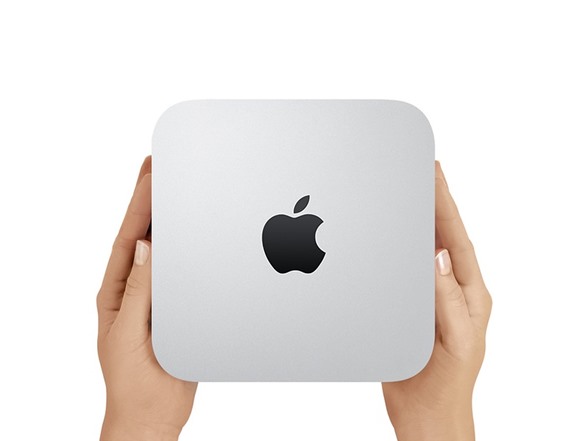 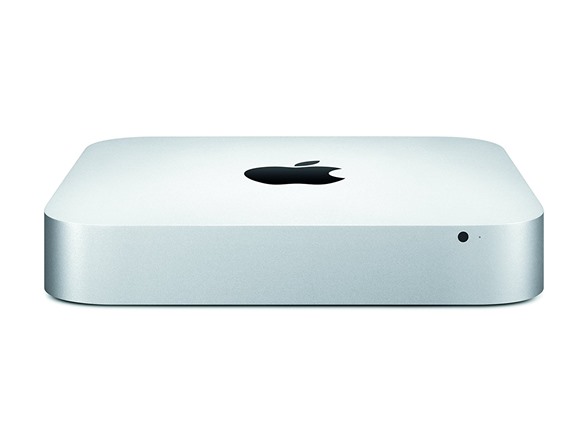 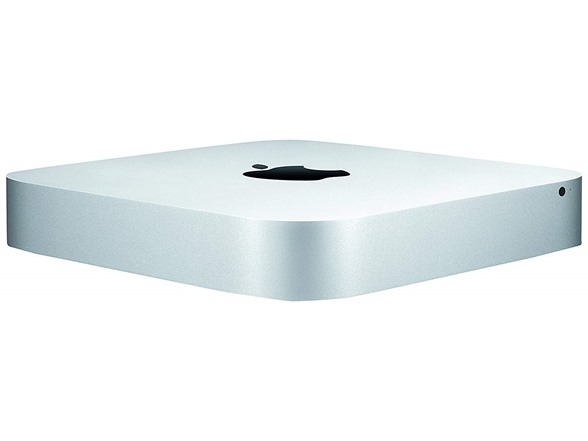 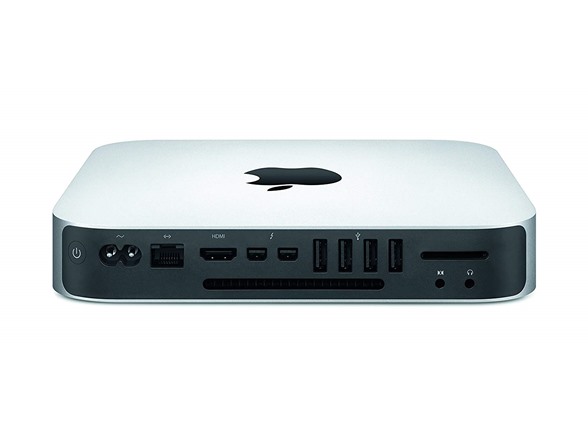 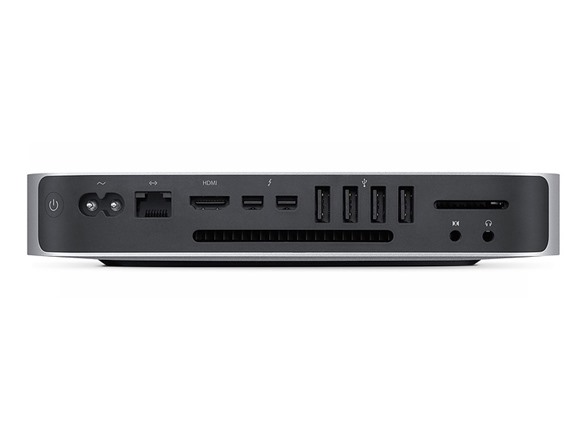 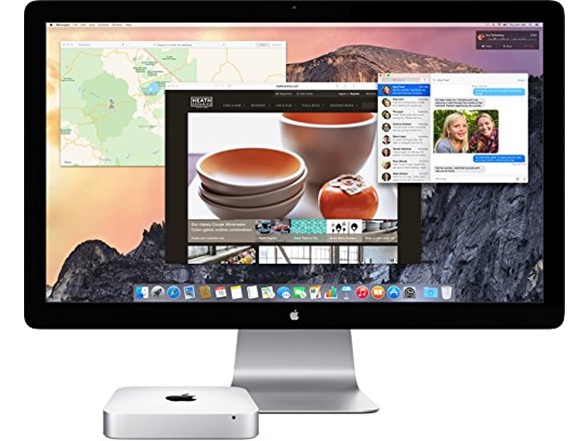 Please Note: Image for scale...it's pretty small. You don't get the monitor, though. Sorry.

Fourth-generation Intel Core processors. The little engine that does.
With fourth-generation Intel Core processors, Mac mini keeps up with computers twice its size. When you’re using processor-intensive applications, Turbo Boost 2.0 increases the clock speed up to 3.5GHz. Hyper-Threading lets each core run two threads, so OS X multitasks even more efficiently. And an integrated memory controller connects fast 1600MHz memory directly to the processor, so it gets right to work on your data. In short, Mac mini is a little box of vroom.

Intel Iris Graphics and Intel HD Graphics 5000 deliver up to 90 percent more pixel-pushing performance than the previous generation of integrated graphics.2 So the video you watch and the games you play are smoother and more responsive. Flipping through photo albums is a breeze. And now you’ve got all the power you need to edit your HD video into a film worthy of a red carpet premiere.

Thunderbolt 2. The fastest, most versatile I/O in any desktop. Of any size.
Thunderbolt 2 technology in Mac mini is phenomenally fast. The two Thunderbolt 2 ports on Mac mini feature dual 20-Gbps channels for data transfer. That’s up to four times faster than USB 3. But beyond speed, Thunderbolt gives you unprecedented expansion capabilities. You can daisy-chain as many as six Thunderbolt devices to a single port. And since Thunderbolt is based on DisplayPort technology, Mini DisplayPort devices like the Apple LED Cinema Display plug right in, too.

No screen is too big.
It’s easy to connect Mac mini to the biggest screen in the house — your HDTV — courtesy of a built-in HDMI port. All it takes is one HDMI cable to start enjoying movies and TV shows from iTunes, surfing the web, and flipping through your photo library, all in brilliant HD. And when you just want to listen to music, you can play your entire iTunes collection through your home entertainment center, or stream it to a set of speakers in any room via an AirPort Express Base Station.

Energy efficient
What Mac mini doesn’t do could be its biggest feat. It doesn’t waste energy. Even though the new Mac mini can deliver a huge performance boost compared with the previous generation, it still uses less than 6 watts of power when idle. Small wonder, then, that it doesn’t just meet ENERGY STAR requirements, it exceeds them — seven times over.