Hey, you can only buy 3 of these.
Leave some for the rest of us!
Update the quantity in your cart.
New
US
Limit 3 per customer

Was the iMac the first Apple product that had that stupid "i" in front of it? Because iHate it. 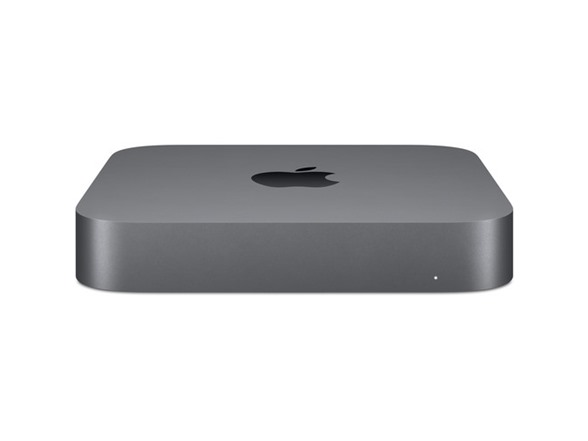 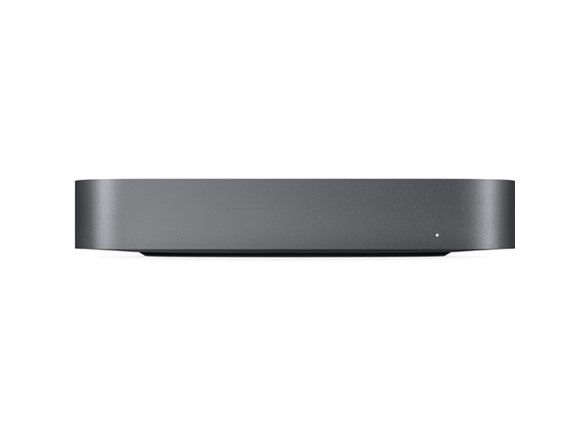 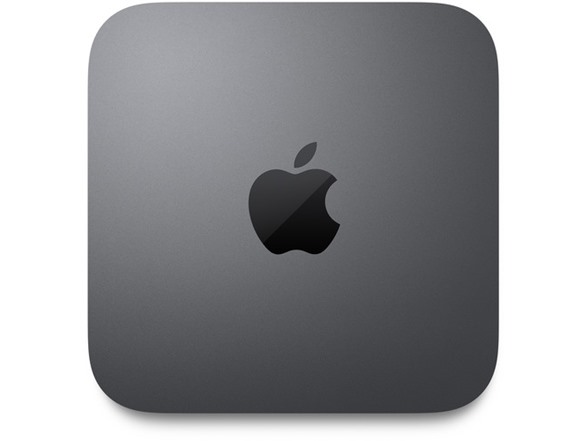 Part Racehorse, All Workhorse
In addition to being a great desktop computer, the Mac mini powers everything from home automation to giant render farms. And now, with an 8th Generation 3.6 GHz Intel Core i3 Quad-Core processor and Intel UHD Graphics 630, the Mac mini has even more computing power for industrial-grade tasks. So, whether you're running a live concert sound engine or testing your latest iOS app, the Mac mini is the shortest distance between a great idea and a great result.

Climb In, Geek Out
The Mac mini features 8GB of high-performance 2666 MHz DDR4 SO-DIMM memory for faster rendering, working with massive files, or running multiple virtual machines. And now you can configure even more memory - up to 64GB - to run even heavier workloads.

Haul Apps
This Mac mini has a 256GB PCIe SSD with sequential read speeds of up to 3.4 GB/s, so you can load giant files and launch apps quickly.

Connections and Expansion
With a variety of ports, the Mac mini is ready for a variety of workflow configurations. Thunderbolt 3 is powerful and versatile, and the Mac mini has four of them. The HDMI 2.0 port delivers more bandwidth than its predecessor, so you can enjoy faster frame rates. For wired network access, take advantage of the integrated Gigabit Ethernet port.

Thunderbolt 3
Thunderbolt 3 gives you some productive possibilities. Transfer data at up to 40 Gb/s, charge and power external devices, connect up to two 4K displays—and even a third with HDMI 2.0—or one 5K display. Or, pair your Mac mini with an eGPU for desktop-class graphics performance.

To the Desktop, and Beyond
Because of its size, performance, and wide array of ports, the Mac mini goes where no Mac has gone before. And now, with even more cores packed into its 7.7" square frame, you never know where you'll find a Mac mini—or dozens of them—hard at work.

Build and Render
The faster 2666 MHz DDR4 memory in the Mac mini is ideal for batching out massive Xcode builds or rendering and compressing video.

Xcode Server
A 3.6 GHz Intel Core i3 Quad-Core processor and fast I/O connectivity make the Mac mini a solid Xcode companion to build your apps quickly while running automated tests in the background.

Live Performance
With its 256GB PCIe SSD, fast performance, and small footprint, Mac mini becomes a live musical instrument with MainStage on some of the world's largest concert tours.

Digital Art and Signage
From performance art to immersive digital billboards, the Mac mini drives some of the biggest and brightest digital displays with its powerful processor, high-performance memory, and fast, versatile I/O.

*Does NOT include mouse or keyboard

*Does NOT include mouse or keyboard