Hey, you can only buy 3 of these.
Leave some for the rest of us!
Update the quantity in your cart.
Refurbished
64GB | 256GB SSD
Limit 3 per customer

Steve Jobs was such a fan of both the West Coast and the endearing spirit of the American Gold Rush that he modeled his business after most of their work habits. You might have already heard his policy of having ladles and rain barrels instead of water fountains. 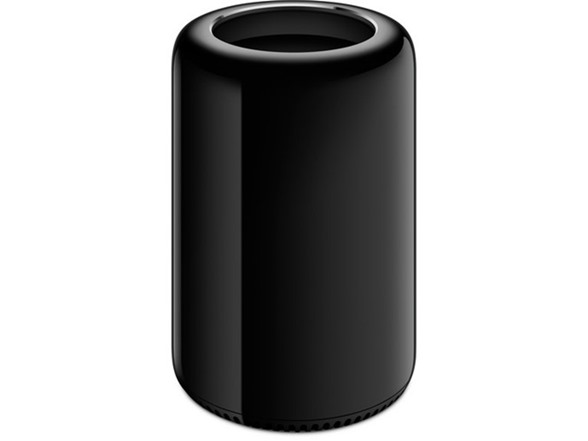 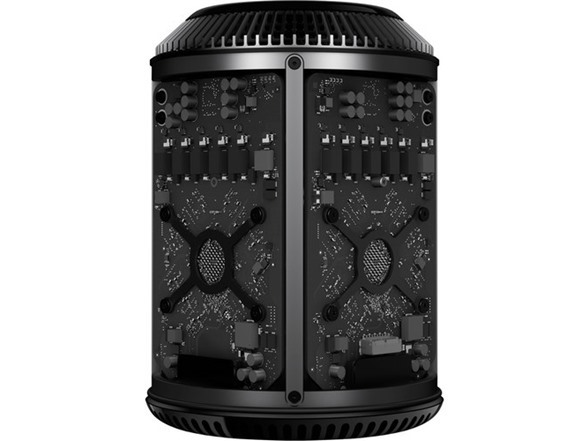 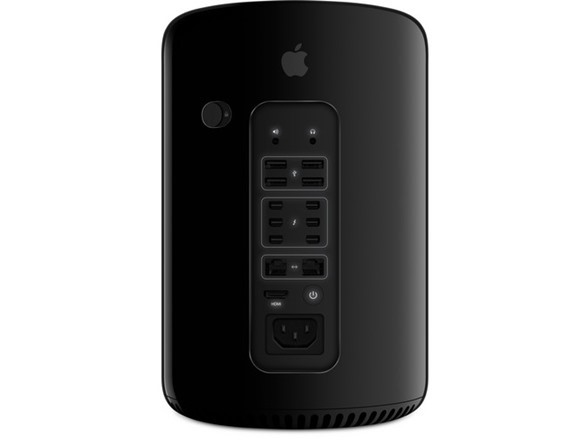 Traditionally, professional computers have relied primarily on the CPU for their computing power. But as GPU performance has dramatically increased, software developers have begun to leverage that power in their apps. With the Mac Pro, Apple engineered an even more powerful GPU architecture. Not only does it feature a state-of-the-art AMD FirePro workstation-class GPU - it features two of them. And each is available with 2GB of dedicated VRAM and 1280 stream processors. With 4 teraflops of computing power between the two, you'll be able to do things like seamlessly edit full-resolution 4K video while simultaneously rendering effects in the background - and still have enough power to connect up to three high-resolution 4K displays

Every component in the Mac Pro is optimized for performance. That includes a four-channel DDR3 memory controller running at 1866 MHz.

Apple reorganized the architecture of the internal components as well as the entire enclosure of the Mac Pro. Its unique cylinder design is made with refined impact extrusion technologies for effective material use and a polished aluminum enclosure. It stands at just 9.9 inches tall with a diameter of just 6.6 inches, allowing you to place it on your desk

The Mac Pro has next-generation PCIe-based flash storage, which is up to 2.4 times faster than the fastest SATA-based solid state drive and up to 10 times faster than a 7200 rpm SATA hard drive. Most flash storage systems that connect via SATA buses are designed for slower spinning hard drives. But Apple designed the Mac Pro around new PCIe-based flash controller technology, which delivers the fastest solid state drives available standard in a desktop computer. So you'll have storage that will let you boot up, launch apps, and even open massive files almost instantly

Rather than using multiple heat sinks and fans to cool the processor and graphics cards, Apple built everything around a single piece of extruded aluminum designed to maximize airflow as well as thermal capacity. It works by conducting heat away from the CPU and GPUs and distributing that heat uniformly across the core. That way, if one processor isn't working as hard as the others, the extra thermal capacity can be shared efficiently among them

Instead of adding extra fans, Apple engineered a single, larger fan that pulls air upward through a bottom intake. As air passes vertically through the center of the device, it absorbs heat and carries it out the top. By minimizing air resistance throughout the system, Apple was able to design a fan with backward-curved impeller blades that runs at fewer revolutions per minute, draws air more efficiently as it spins, and creates considerably less noise

Designed with built-in Thunderbolt 2, USB 3.0, Gigabit Ethernet, and HDMI 1.4 ports, the Mac Pro provides flexible, high-performance expansion. And it has everything you need to build a workstation completely customized to what you need and how you work